Frank has been at the helm of Virginia Rowing since Fall 2009. Under his guidance the Wahoo crews have won multiple ACRA National Championships, Dad Vail Golds as well as six Head of the Charles titles. Internationally, Frank has taken UVA crews to Henley Royal in 2011, 2013, 2015, 2017. Several of his UVA rowers have represented the US internationally, including at the Rio Olympics in 2016.

Frank has over 30 years of experience at every level of the sport, coaching and mentoring athletes from the junior to the Olympic levels, both in Europe and in the United States. These athletes have won medals at the world championships, as well as at the Olympic and Paralympic Games. Growing up in Switzerland and traveling the rowing world, Frank has studied the different systems, styles, and cultures of today’s most successful rowing powers.

Prior to professional coaching, Frank also has enjoyed successful careers in finance and the military. In 2004 he earned an MBA and MS from Drexel University’s LeBow Business School. Frank is also adjunct faculty at the Federal Executive Institute (FEI) in Charlottesville where he lectures in cultural development and mindfulness.

He lives in Charlottesville with his wife and son. 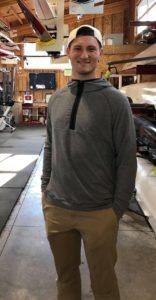 Walker joined the coaching staff of Virginia Men’s Rowing at the start of the Fall 2020 season. Hailing from northwest Washington, Walker served as the head coach for Whatcom Rowing Association high school team from 2017 to 2020 in Bellingham, WA.

At UVA, Walker is responsible for all the Novice Coaching, which includes coaching “learn to row” for all new team members starting this Fall.

Walker first started rowing in high school at Bainbridge Island Rowing in 2010. After that he attended Lewis and Clark University in Portland, OR where he rowed in their Varsity 8+. In 2016 Walker transferred to Western Washington University to study history and rowed in WWU’s V8+ until 2019, when he became an assistant coach of Western’s Men’s Rowing team. Upon the start of becoming a collegiate rowing coach, Walker earned his US Rowing Level 2 coaching certification. Matt obtained his Doctorate of Physical Therapy in 2009 from Rutgers University in NJ where he grew up and started his PT career. His interest in sports medicine goes back to being a student athletic trainer as an undergraduate student majoring in Health and Exercise Science.

Matt is a former collegiate soccer player and athlete at heart. His interest in working with rowers began at his first outpatient job in Princeton, NJ. Matt and his family moved to Charlottesville in 2018. They enjoy hiking, biking, and anything outdoors. 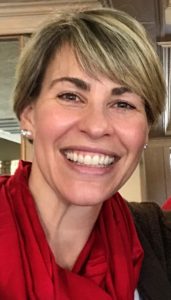 Highly trained, educated and superbly experienced, particularly in the sport of rowing, Jenny is the dedicated healer to those who fall hard. With a primary goal of injury prevention, she is responsible for all aspects of athletic training which includes evaluation, treatment and rehabilitation of injuries for VRA.

Jenny has been using her 20+ years of knowledge, skills, and experience to keep the team in top form. In addition to working with VRA, she has worked with NCAA teams at two D-I universities (rowing, football, and men’s gymnastics), members of various national rowing teams, professional athletes, and everyday athletes from all walks of life.

In addition to her M.Ed. in Sport and Exercise Psychology from UVA ‘01, she also holds a B.S. in Exercise and Sport Science and a B.A. in Psychology from the University of Oklahoma. Jenny is a certified athletic trainer by the National Athletic Trainers’ Association Board of Certification, licensed by the Virginia Board of Medicine, a certified Corrective Exercise Specialist, and a certified STOTT Pilates instructor for all levels of mat and reformer. She is certified in CPR/AED for the Professional Rescuer through the American Safety & Health Institute.

When Jenny isn’t geeking out over the latest kinesiology research articles, she enjoys spending time with her family, traveling, solving puzzles, and playing board games. She is married to Lance Fjeseth and they have two children, Ty and Zoe. Frank came to UVA from Gonzaga College High School in Washington D.C., where he was a member of the Varsity Eight that finished 4th at the Head of the Charles in 2013, won the Stotesbury Cup in 2013 and 2014, and won the SRAA National Championship in 2014. He rowed for Virginia for four years, graduating in 2018 with a degree in biomedical engineering. After not being able to race his first year due to injury, he earned a bronze in the Collegiate Four at Head of the Charles in 2015 and a silver in the Second Varsity Eight at the ACRA national championship. In his third and fourth year, Frank was a member of a Varsity Eight that earned bronze (2016) and gold (2017) at the Head of the Charles, and two bronze medals at the ACRA national championship. He has served as an assistant coach since 2018. At his day job, Frank is a biomedical engineer for the MITRE Corporation working in the UVA Hospital.

Ellie began coxing in her first year at University of Virginia and coxed for the team for four years. In her third year Ellie was a member of the Lightweight 4+ that participated in the Head of the Charles and went on to win the Dad Vail Regatta. In her final season on the team she was a member of the Varsity Eight that earned bronze at the Head of the Charles and the ACRA national championship. Ellie graduated from UVA in 2017 with bachelor’s degrees in Chemistry and Archaeology.

After graduating Ellie moved to the Philadelphia area for work. During her time in Philadelphia she volunteered as an assistant coach for a local high school rowing team. Ellie returned to Charlottesville in 2020 to continue advancing her career in environmental chemistry, while helping coach the varsity squad.